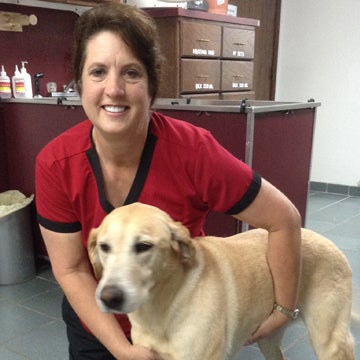 Dr. Carolyn Williams is a native of Pauls Valley. She graduated from Pauls Valley High School in 1982 and attended Oklahoma State University to pursue a degree in veterinary medicine. She completed and received a bachelors degree in Agricultural Economics from OSU in 1986 while completing her first year in the college of veterinary medicine. She obtained her Doctorate of Veterinary Medicine in 1989 from Oklahoma State University. Dr. Williams is a member of the American Veterinary Medical Association and the Oklahoma Veterinary Medical Association where she has served on the animal welfare committee. She is a founding member and supporter of the Paws Valley Animal Welfare Society. She is involved in the Pauls Valley Rotary Club and is a member of the First United Methodist Church where she teaches Sunday school classes. Dr. Williams is married to John and has three sons, James and his wife Madeleine, Jonathan, and Jacob. Dr. Williams loves to work on her family farm spending time with their angus cattle. The others loves of her life are Jackson, a Sheltie, Preacher, a border collie stock dog, and two cats, Ashley and Blackie. 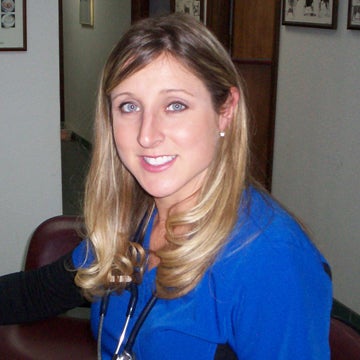 Dr. Ervay is originally from the Grand Rapids area of West Michigan graduating from Michigan State University College of Veterinary Medicine in 2011. She completed an internship at Oklahoma Equine Services in Goldsby, Ok and has been practicing small animal medicine in the area since the completion of her internship. Her medical interests include orthopedic sports medicine, law enforcement K9s, as well as preventive medicine. She is a member of the American Veterinary Medical Association as well as Oklahoma Veterinary Medical Association. In her free time she enjoys riding horses, training with her Belgian Malinois, Bolyn, and playing with her children. Dr. Ervay has 3 sons, Trace and twins Bryce and Landry. 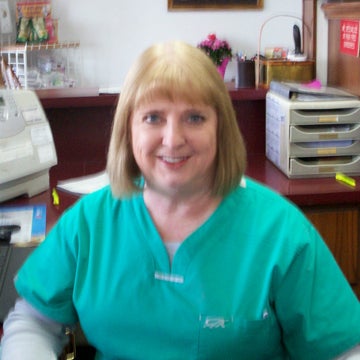 Jodie has worked at Williamsburg Small Animal Hospital since 1998, beginning as a part time secretary/receptionist. She now works full time maintaining patient records, answering the phone, greeting clients, and petting our furry patients. Jodie has two daughters. Mallory is married to Joe and they have given Jodie a precious granddaughter, Millie Mae. Her daughter Lacy is married to Jason and they have blessed Jodie with two granddaughters, Lexy and Macy. 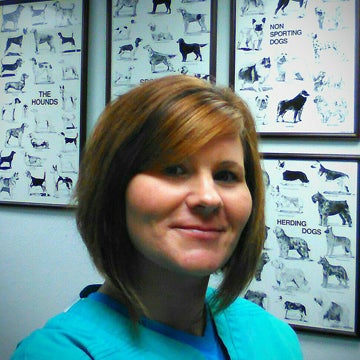 Suprina has been employed at Williamsburg Small Animal Hospital since July 14, 2006. Her main duties include veterinary technician, kennel supervisor, and client service representative. Suprina has lived in the Wynnewood and Pauls Valley area all her life. In 2002, she graduated from Wynnewood High School and attended East Central University in Ada, OK for one year. She then transferred to to Murray State College in Tishomingo, Oklahoma where she majored in Veterinary Technology. Suprina graduated from Murray State with an Associates of Applied Veterinary Technology and received her national and state licensing to become a Registered Veterinary Technician in August of 2005. One of her greatest passions drawing and painting. Her favorite pets are Daushunds also known as "Weiner Dogs" of which she has a few to claim. 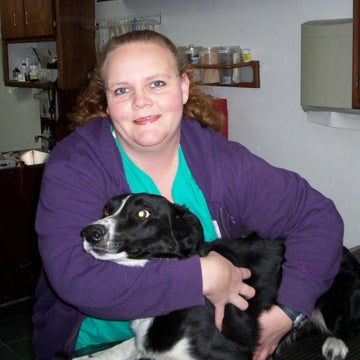 Jennifer has been employed at Williamsburg Small Animal Hospital since June 2, 2005. Her main duties as a Registered Veterinary Technician include assisting Dr. Williams and Dr. Ervay with anesthesia and surgery, performing lab work, caring for hospitalized patients, and assisting in exam rooms. Jennifer has lived in Ada, Oklahoma all her life and graduated from Ada High School in 1993. After graduating, Jennifer attended East Central University in Ada for two years and then transferred to Murray State College in Tishomingo, Oklahoma where she graduated in May 2005 with an associates Degree in Applied Science in Veterinary Technology. In August of 2005, she received her national and state licensing to become a Registered Veterinary Technician. Jennifer currently lives in Ada with her daughter Lanie, their border collie Sammy, and two cats, Crackle and Meadow Kitty. 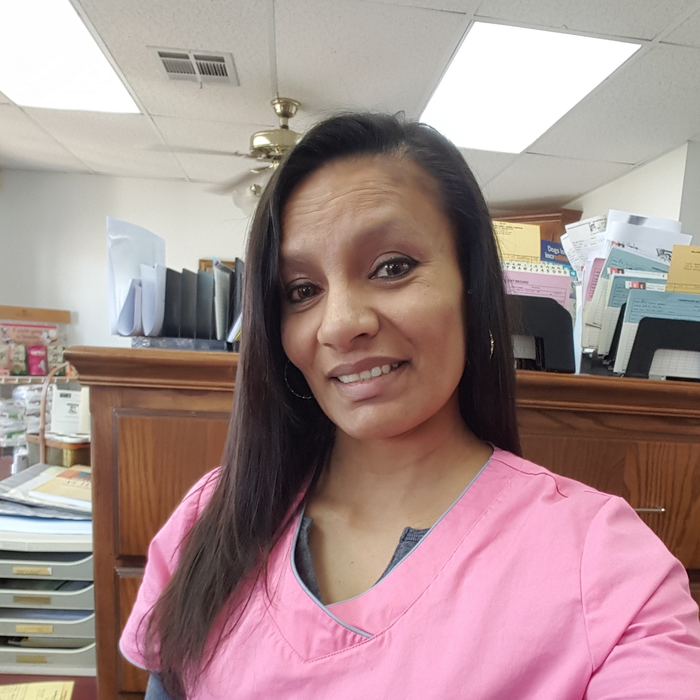 Lavonda has been employed at Williamsburg Small Animal Hospital since March 2016. Her responsibilities as a client service representative include, answering the phone, greeting clients, scheduling appointments, and welcoming our furry patients when they come in the hospital. Lavonda is originally from Antlers, Oklahoma, but now lives on a ranch in Foster, Oklahoma . She has two boys, Dakota and Arizona and three fur babies, Huckleberry, Kidd, and Newt. Lavonda enjoys fishing and hunting, hanging out with friends, and working on their ranch.

What our Clients have to say.

Was completely satisfied. Katie did a great job of explaining the results of his dental and reviewing post procedure instructions.


For general information, questions, appointment requests, call us at: 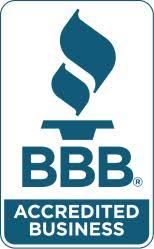